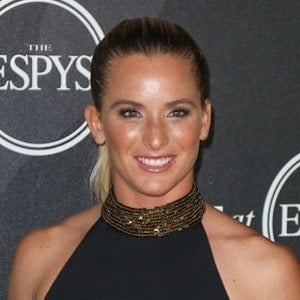 Professional surfer who has emerged victorious at events like the 2016 Cascais Women's Pro and 2017 Rip Curl Women's Pro Bells Beach. In 2016, she placed second in the World Surf League's world rankings.

She grew up in Santa Ana, California and began surfing at age 4. At 11, she became the youngest person chosen for the USA Junior Surf Team.

She is a model who was featured in ESPN's Body Issue in 2016.

Her parents' names are Richard and Tracey. She has a brother named Ryan and a sister named Charleen.

Courtney Conlogue Is A Member Of