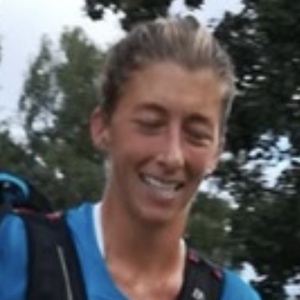 American ultramarathon runner who won the first edition of the Moab 240 race in 2017, where she finished 10 hours ahead of the next closest finisher. She previously won the 2017 Rabbit Run after battling temporary blindness during the race's final 12-mile stretch.

She attended the University of Denver on a full athletic scholarship as a cross-country skier. She then worked as a science teacher before turning to competitive ultramarathon running.

She was the subject of a December 2018 New York Times profile titled "The Woman Who Outruns the Men, 200 Miles at a Time." She set a then-record for a finish on the 2016 Javelina Jundred course.

Her father's name is Dick. Her husband's name is Kevin.

She and Takahiro Sunada are both famous ultramarathon runners.

Courtney Dauwalter Is A Member Of