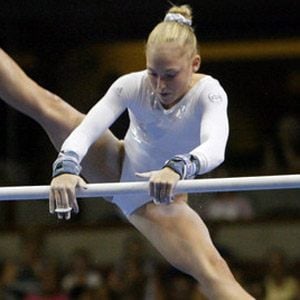 Gymnast who competed in the 2004 Summer Olympics and helped the U.S. team win a silver medal.

She trained at Great American Gymnastics Express in Missouri.

She played in the gymnast team at the University of Georgia and won the Floor Exercise NCAA individual event champions.

She has two siblings and her parents are Linda and Mike McCool.

She competed against Romanian gymnast Catalina Ponor during the 2004 Summer Olympic Games.

Courtney McCool Is A Member Of