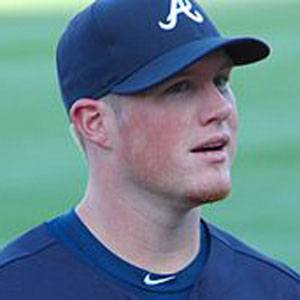 Flame-throwing All-Star closer known for his borderline unhittable breaking ball, he was the NL Rookie of the Year in 2011 after setting an MLB rookie saves record with 46 for the Atlanta Braves. He joined the Boston Red Sox prior to the 2016 season and helped the team win the 2018 World Series.

He was born and raised in Huntsville, Alabama. He married Ashley Holt in 2012.

He was the first NL Rookie of the Year unanimous selection since perennial All-Star Albert Pujols in 2001.

Craig Kimbrel Is A Member Of