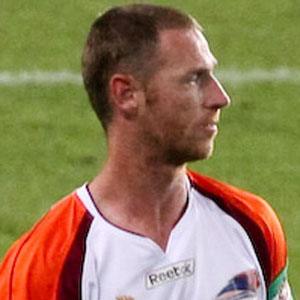 Australian former soccer star who won titles as a defender for clubs like Rangers FC. He won back-to-back awards for Queensland Roar Player's Player of the Year in 2008 and 2009.

He was born in Sydney began his youth career with North Star in 1991.

He was diagnosed with testicular cancer in 2008 but underwent surgery and was able to continue his playing career.

He married a woman named Heather.

He played alongside team captain Lucas Neill at the 2010 FIFA World Cup.

Craig Moore Is A Member Of