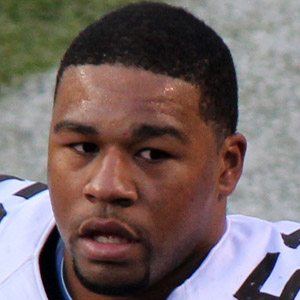 Linebacker known for his quickness, coverage skills, and versatility; made his NFL debut for the Cleveland Browns in 2012.

He played football at Stafford High School in Texas, where he played all over the field, including option quarterback, running back, cornerback, wide receiver, and even serving as the team's kicker and punter.

He played college football at North Texas, where he was initially recruited to play safety but was moved to linebacker when coaches saw his size and physicality.

He grew up with his family in Stafford, Texas.

In 2013, Rob Chudzinski became his head coach in Cleveland.

Craig Robertson Is A Member Of