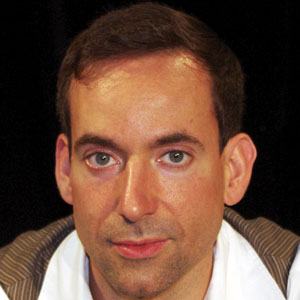 A Michigan-born graphic novelist, he is best known for his 2011 Islamic fairytale, Habibi. His other award-winning works include Good-bye, Chunky Rice (1999), Blankets (2003), and Carnet de Voyage (2004).

He briefly attended the Milwaukee Institute of Art and Design and subsequently worked for Dark Horse Comics. He published his first graphic novel, Good-bye, Chunky Rice, in 1999.

He received a Grammy nomination for his cover art for the Menomena album, Friend and Foe.

He and his brother and sister grew up in rural Wisconsin. He was raised as a fundamentalist Christian, but he later rejected his family's faith.

He was inspired by the work of director Tim Burton.

Craig Thompson Is A Member Of