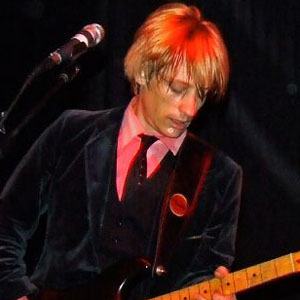 English singer-songwriter who became the lead singer for the band Kula Shaker in 1988. He released the hit songs "Govinda" and "Hush" with Kula Shaker.

He attended Richmond Upon Thames College.

He was once a part of the band The Jeevas. He toured as a supporting act for Robbie Williams.

He married model Joanne Mills in 1995 and has a son named Keshava.

He is the son of Hayley Mills.

Crispian Mills Is A Member Of