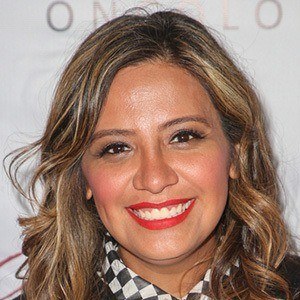 Stand-up comedian who, with the launch of her sitcom Cristela, became the first Latina to produce, write and star in her own network television show. She has performed her stand-up routines on shows like Comedy Central's The Half Hour and was named as one of the 10 L.A. Comedy Acts to Watch by L.A. Weekly in 2014.

She lived homeless for the first eight years of her life. She was an excellent student, winning several Academic Decathlon medals and serving as President of the Drama Club at Pharr-San Juan-Alamo High School.

The widwife who delivered her was the aunt of actor David Barrera, who coincidentally was the husband of her Cristela co-star Maria Canals Barrera.

She has been in a long-term relationship with fellow stand-up comedian Stephen Halasz. Her mother Natalia raised her and her three siblings as a single parent.

She toured with comedian Carlos Mencia for two years and was a writer for his Comedy Central show Mind of Mencia.

Cristela Alonzo Is A Member Of