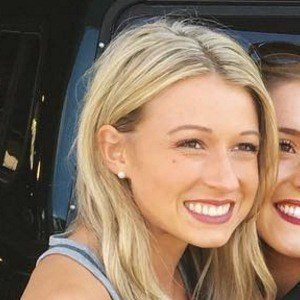 Fitness enthusiast turned NASM certified personal trainer who created her own company CC Fit. She also has her own blog where she shares recipes and workouts.

She played soccer for 11 years. She studied nursing at Michigan State University. She never ate healthy growing up and didn't start changing until college. She was influenced by her boyfriend to get into weight lifting and to start eating all organic in 2013.

She was born in Coral Springs, Florida and she moved to Grande Ledge, Michigan at the age of three. She has an older brother named Jake Ochsner. She began dating basketball player Jon Horford.

She and Massiel Arias are both fitness instructors who became popular through social media.

Cristina Capron Is A Member Of