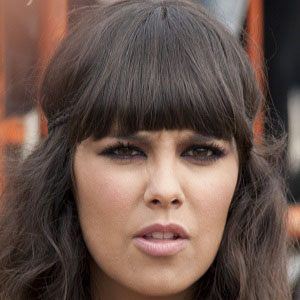 Spanish television presenter, actress and model who joined the daily television show Zapeando in December of 2013. It was announced in 2014 that she had a golden parachute with the group Atresmedia, and in 2015, she became the host of Pekin Express.

She earned degrees in administration and business management and tourism. She rose to fame in 2010 while on the comedy program Sé lo que hicisteis.

She became one of the leading Spanish female personalities on social media with more than 2.9 million Instagram followers alone.

She was born in Vallecas, Madrid, Spain. In 2015 she married David Munoz.

She and Pilar Rubio have both graced the cover of Spanish FHM magazine.

Cristina Pedroche Is A Member Of