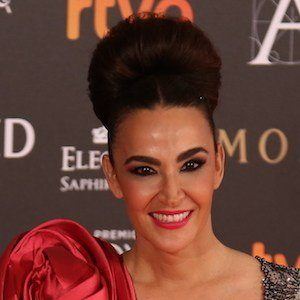 Costume designer who has received Goya Award nominations for her work on such films as El Cónsul de Sodoma (2009), Por Un Puñado de Besos (2014) and Tarde Para la Ira (2016). She is known to television audiences for being a judge on the reality show Cámbiame.

She studied fashion design at the University of Barcelona, where she earned a Master's degree.

She is an occasional actress who has appeared in films like Siete Minutos (2009) and Tres Bodas de Más (2013).

She was born in Benidorm, Spain.

She has appeared alongside stylist Natalia Ferviú as a judge on Cámbiame.

Cristina Rodríguez Is A Member Of