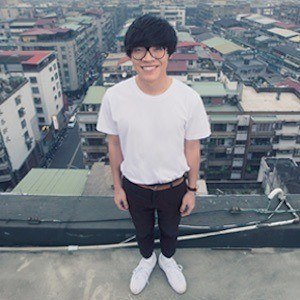 World music singer who won Best New Artist and Best Composer at the 20th Golden Melody Awards in 2009. He has more than 350,000 followers on his captain.lu Instagram account.

He learned to play guitar after a serious car accident while attending Tamkang University.

He found acclaim by playing a parody of Russian singer Vitas' Opera No. 2.

His mother used to collect jazz records from the United States.

He voiced the Taiwanese version of Baymax in Big Hero 6. The English voice was done by Scott Adsit.

Crowd Lu Is A Member Of