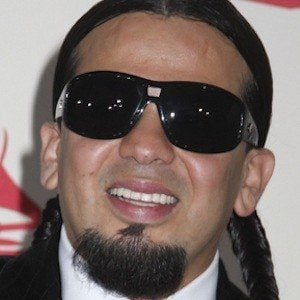 Grammy award-winning singer and keyboardist best known for his work with Los Super Reyes, later known as Kumbia Kings, since 1999. He has also been with the Tejano band La Sombra.

He learned to play piano when he was 12. He first joined the band La Sombra and produced his first album with the band in 1989.

Los Super Reyes originally started as Los Kumbia Kings in 1999, but a falling out with co-founder A.B. Quintanilla led to a reformation of the band, as well as the name change.

He married fellow singer Alicia Villarreal in 2003. The couple has two sons, Felix and Cruz.

He worked with Pee Wee, who was a singer for Kumbia Kings.

Cruz Martinez Is A Member Of