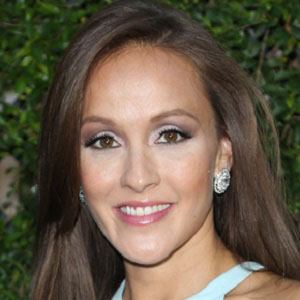 Star of the thriller films Final Destination 3 and Wrong Turn 2: Dead End who was cast in several popular TV series.

She competed in several beauty contests, including Miss Teen Oriental, and appeared on several magazine covers.

She had a supporting role in the 2007 Fantastic Four: Rise of the Silver Surfer, and played the lead role in Primeval: New World.

She grew up in in Hong Kong, where her father was born, and learned fluent Cantonese. In 2009 she married Miko Tomasevich.

She made her debut TV show appearance in an episode of Stargate SG-1, which starred Amanda Tapping.