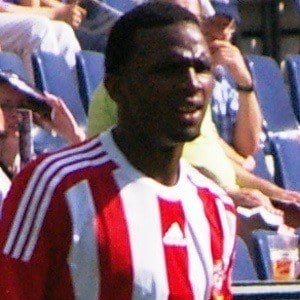 Dutch soccer defender who made his English Premier League debut in the 2015-2016 season with Southampton FC. He'd previously played for RKC Waalwijk and FC Twente in the Eredivisie.

He grew up playing for Feyenoord before making his pro debut with RBC Roosendaal.

His mother raised him and his three siblings in South Rotterdam. Both of his brothers have also played professional soccer.

He and Kelvin Davis became teammates when Cuco joined Southampton.

Cuco Martina Is A Member Of