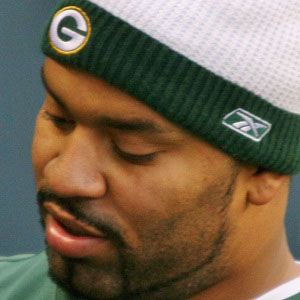 He played college football at Central Michigan University, and spent one year in NFL Europe before making his NFL debut.

He left the Packers after the Super Bowl to sign a long-term contract with the Philadelphia Eagles.

He was teammates with Super Bowl XLV MVP Aaron Rodgers on the Packers.

Cullen Jenkins Is A Member Of