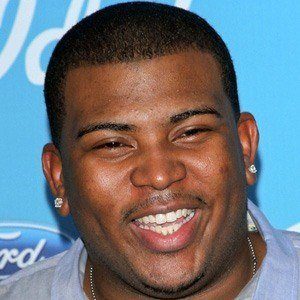 American singer who is known for coming in tenth place on the television competition American Idol during its twelfth season.

He auditioned for the fourth and eleventh seasons of American Idol, but never made it into the top ten.

He grew up with his family in St. Louis.

He sang R. Kelly's song "I Believe I Can Fly" during the semi-finals of American Idol.

Curtis Finch Jr. Is A Member Of