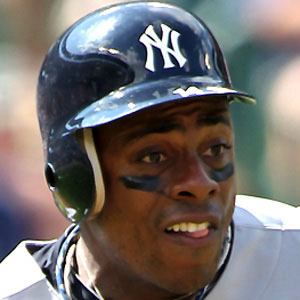 Three-time MLB All Star center fielder who led the major league in triples in 2007 and 2008 as a member of the Detroit Tigers. He played for the New York Yankees from 2010 to 2013, then signed with the New York Mets prior to the 2014 season. He made World Series appearances with the Tigers in 2006 and the Mets in 2015.

He was raised in an academic family where his parents were both teachers.

He became one of baseball's biggest ambassadors, oftentimes traveling overseas to promote the game.

He was born to Curtis Sr. and Mary, both of whom were teachers. His sister Monica became a professor at Florida State University.

He joined All Star shortstop Derek Jeter on the Yankees in 2010.

Curtis Granderson Is A Member Of