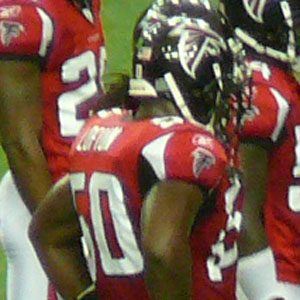 Inside linebacker who played for the Atlanta Falcons and New Orleans Saints during his NFL career. He was previously a star player at the University of Oklahoma, where he won the Big 12 Championship Game in 2007.

At Kingfisher High School, he became one of the most highly-touted athletes in the state of Oklahoma.

He had a standout 2007 season at Oklahoma, being named a Consensus All-American and winning the Big 12 Defensive Player of the Year award.

His parents are Terrell and LaDona Lofton.

He has been teammates with safety Kenny Vaccaro in New Orleans.

Curtis Lofton Is A Member Of