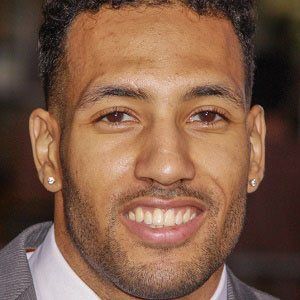 Third round draft pick of the Philadelphia Eagles in 2011 who previously played running back and defensive back at Utah State.

He briefly attended the Navy Predatory Academy after graduating from Royal High School.

He was a 2010 Second-team All-Wac selection with 45 tackles and 2 interceptions his senior year at Utah State University.

His father, Curtis Sr., was an NFL wide receiver. His mother's name is Trayci and he has one brother named Cassius.

He made his NFL regular season debut by successfully defending two Eli Manning passes during Week 11 of the 2011 season.

Curtis Marsh Is A Member Of