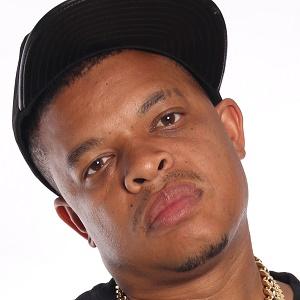 Recording artist, producer and writer managed by entertainment industry executive Tiffany Gaines. He began operating under his label Forever Young Entertainment. He is known by the moniker "Curtis Young."

He was brought up by his mother Lisa Johnson and did not meet his father until he was 20 years old. His father is iconic rapper/producer Dr. Dre.

He married Vanessa Young who has two daughters from her past while he has two biological sons from his.

He scheduled his album Product of My DNA to be released on December 15, 2015, which is both his birthday and the official release date of Dr. Dre's Chronic Album in 1992.

Curtis Young Is A Member Of