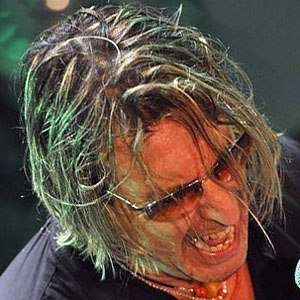 Lead singer of the new wave group The Fixx. He famously sang "One Thing Leads to Another."

He studied drama in college, where he met future band mate Adam Woods. The two formed The Portraits in 1979.

He bought a ranch in rural France, where he and his wife ran a self-sustaining operation, complete with an inn, an organic garden, and livestock.

He was born in Wimbledon, England.

His song, "One Thing Leads to Another," was used in episodes of Knight Rider, in the film Desperately Seeking Susan, and on Chris Rock's show Everybody Hates Chris.

Cy Curnin Is A Member Of