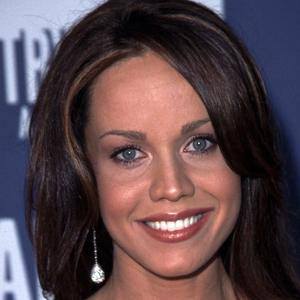 Country singer-songwriter who had a #1 hit song on the Billboard Hot Country Singles chart called "What I Really Meant to Say."

She sang in church as a child and, after winning a Georgia Music Hall of Fame scholarship when she graduated high school, she attended Kennesaw State University before later moving to Nashville and becoming a model.

Because of personal life changes, she took a break from music from 2002 to 2006.

She married producer Daniel Goodman in 2002.

She said that after hearing Trisha Yearwood's song "She's in Love with the Boy" at age twelve, she knew she wanted to be a country singer.

Cyndi Thomson Is A Member Of