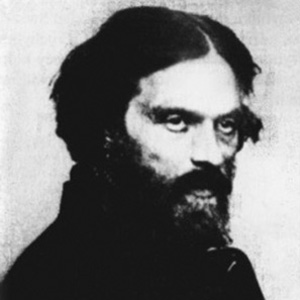 Nineteenth-century Polish poet, visual artist, and playwright whose best-known works include Vade-mecum and Promethidion. He is generally classified as a member of the second wave of romantic poets.

He grew up as an orphan in Warsaw and was largely self-educated.

His writing did not conform to the Polish literary standards of his time and was widely ridiculed by the upper classes. In the late nineteenth and early twentieth centuries, however, his work was re-discovered and finally recognized for its literary merit.

He was once engaged to a woman named Kamila, who broke off the engagement in 1844. Later, he became romantically attached to Maria Nesselrode Kalergis.

He met fellow Polish author Adam Mickiewicz while traveling in Rome in 1848.

Cyprian Norwid Is A Member Of