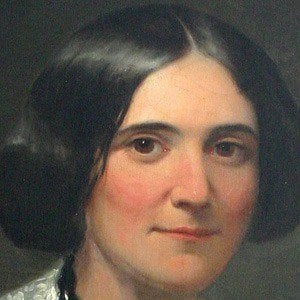 An Ohio-born poet, she collaborated with her sister and fellow author, Phoebe Cary, on an 1849 collection of poems. She also published articles in such notable literary periodicals as the Atlantic Monthly and Putnam's Magazine.

She was raised in a liberal household and grew up attending churches of three different denominations. She and her sister began to publish their poems in newspapers when they were still teenagers.

Her early poem, 'The Child of Sorrow,' was praised by Edgar Allan Poe and other prominent authors.

She and her sister Phoebe were raised on an Ohio farm and grew up with seven siblings.

She and her sister both contributed to Susan B. Anthony's newspaper, The Revolution.

Alice Cary Is A Member Of