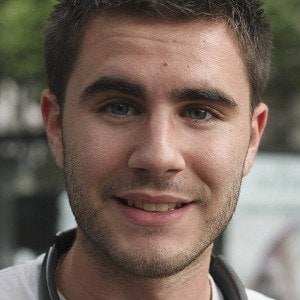 French YouTube sensation who posts a variety of comedic vlogs and sketches to his Cyprien channel. His main channel boasts over 14 million subscribers. He also has had a gaming channel called CyprienGaming.

He started posting videos and funny podcasts on his blog using Dailymotion in 2007. He originally created his channel as MonsieurDream.

He launched a clothing brand called Narmol. His "Cyprien - School" video has received over 57 million views since it was released in November of 2013.

He was born in Nice, France and was raised by his mother, a childcare worker, and father, a dental technician.

In summer 2020, he posted a photo with David Coscas.

Cyprien Iov Is A Member Of