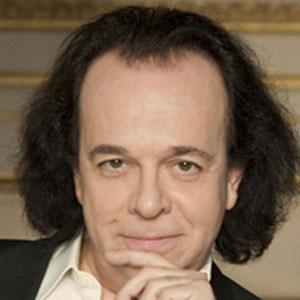 Known for the numerous recordings he made of rarer pieces, such as Das Lied von der Erde by Gustav Mahler. Throughout his lengthy career, he has performed with some of the most highly acclaimed orchestras in the world, including the Toronto Symphony, the Berlin Philharmonic, Cleveland Orchestra and Staatskapelle Dresden, to name a few.

He was a student at the Paris Conservatoire. He was awarded the First Prize in piano in 1969. He first began playing piano at the age of 4.

He suffered a brain stroke while performing at a Berlin recital in October 2012. He credited his faith in the principles of Scientology for his rapid recovery.

He was born in Marseilles, France, but grew up in Cameroon.

He performed Franz Liszt 's Hungarian Fantasy at his first public concert in May 1966.

Cyprien Katsaris Is A Member Of