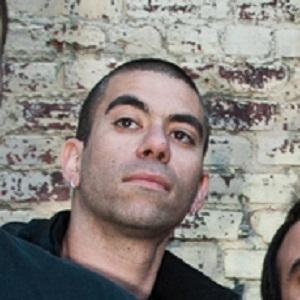 Pop punk songwriter and drummer who is most well known as the drummer for New Found Glory, a Florida-based rock band that has sold over 3 million records worldwide.

He was asked by New Found Glory singer Jordan Pundik to join the band shortly after the departure of their original drummer, which came only a few months after they formed in 1997.

He is also a guitar player and actually wrote the main riff to "Hit or Miss," one of New Found Glory's most recognizable and successful songs.

In 2013, he married Debbie Fazekas, whom he had met in high school before New Found Glory was even formed.

New Found Glory's 2009 album Not Without A Fight was produced by Mark Hoppus of Blink-182.

Cyrus Bolooki Is A Member Of