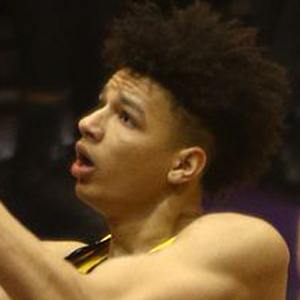 Power forward who was drafted 17th overall by the Milwaukee Bucks in the 2017 NBA Draft. He signed his first NBA contract in July 2017 prior to his first Summer League contest after a prolific career playing for the Michigan Wolverines.

He helped lead Michigan to the Sweet Sixteen during his final sophomore season in 2016-2017. He finished the season as the team's leading rebounder and shot blocker.

He was originally born and raised outside of Sacramento, in Mount Shasta, California. His mother is named Taniya Ballard.

He immediately preceded TJ Leaf, who was selected #18 overall, with his selection in the 2017 NBA Draft.

D.J. Wilson Is A Member Of