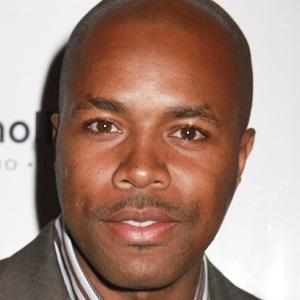 Rapper, DJ and producer who originally became known for his work with the 80's hip-hop group Boogie Down Productions. He went on to release the 90's albums Call Me D-Nice and To tha Rescue.

He grew up in The Bronx and got his start with Boogie Down Productions in the mid-80's.

He has photographed the album covers for albums like Carl Thomas' So Much Better and Pharoahe Manoch's W.A.R. (We Are Renegades).

His birth name is Derrick Jones. He has a daughter named Ashli and was previously married to actress Malinda Williams.

He is credited with discovering Kid Rock and was instrumental in getting him signed to Jive Records.

D-Nice Is A Member Of