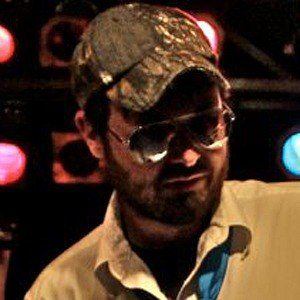 Rapper and lead vocalist of the YouTube phenomenon, the Jawgaboyz. They are known for their dirty south beats with hints of country twang with hits such as "Chillin In The Backwoods," "Rollin Like a Redneck" and "Ridin High." He founded the hick hop, country rap record label, D. Thrash Productions.

He and Jawga Boyz have accumulated over 600,000 YouTube subscribers as well as 367 million views.

He and the band are originally from Athens, Georgia.

He and the Jawga Boyz album, Mud Boggin Crew landed behind Drake's album Views on the iTunes charts in 2016.

D Thrash Is A Member Of