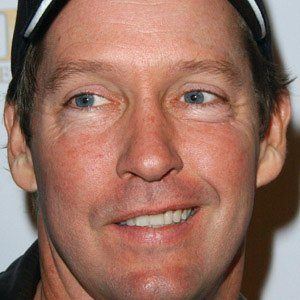 Actor who played hockey player Doug Dorsey in the film The Cutting Edge alongside Moira Kelly and appeared in Miracle at St. Anna. In 2013, he began playing Larry in Two and a Half Men.

He had two children with Ashley Vachon, whom he married in 2000.

He was in the film Miracle at St. Anna, which was directed by Spike Lee.