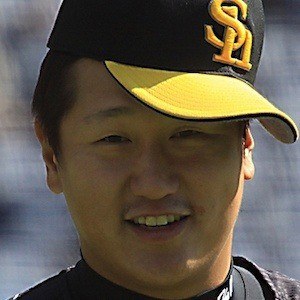 South Korean first baseman who made his MLB debut with the Seattle Mariners in 2016 at the age of 33. He'd previously played in South Korea and Japan, hitting .303 with 323 home runs over 15 seasons.

He grew up excelling as both a batter and pitcher and won a gold medal with South Korea at the 2000 World Junior Baseball Championship.

He won a gold medal with his country at the 2008 Olympic Games and a silver at the 2009 World Baseball Classic. In 2010, he hit a home run in nine consecutive games, a record for professional baseball.

He and Adam Lind both spent time at first base for the Mariners in 2016.

Dae-ho Lee Is A Member Of