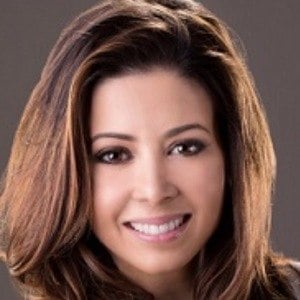 Television show host and personality who is best known for her work on The Interview with Dafne from 2015-2017. She also hosted a daily talk show program for Conduction Magazine.

She worked as a production assistant on De Calle early in her career.

She posed for a photo with Descemer Bueno in April of 2018.

Dafne Guzman Is A Member Of