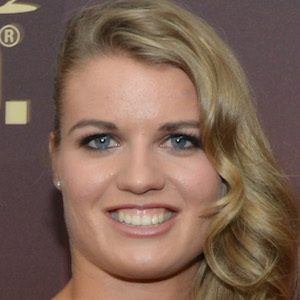 Known for her career competing in the track & field heptathlon and sprinting events. In 2015, she won the gold medal for the 200 meter event at that year's World Championships, and set the then-European record for the event at 21.63 seconds.

She began participating regularly in athletics at age 9. She made her major debut at the 2009 European Junior Championships, where she finished in 4th place.

She competed at the 2012 Olympics in London in the heptathlon and 4x100 meter events. In 2015, she won the gold medal at that year's European Indoor Championships in the 60 meter sprint.

She was born and raised in Utrecht, Netherlands.

She has trailed Marion Jones in holding the all-time world record for the 200 meter sprint time.

Dafne Schippers Is A Member Of