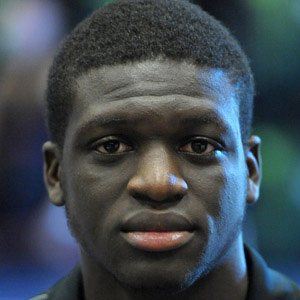 Grenadian sprinter who was crowned the World Champion in the 200 meters in 2011 and won his first Olympic gold medal in the same event in 2012. Exceptional from an early age, he is one of very few athletes to have won World Championships at the youth, junior and senior levels of a sport.

At ages 14 and 15, he ran the fastest 400 meters ever recorded by someone of those ages. He earned gold medals at the CARIFTA Games and World Youth Championships before winning back-to-back NCAA titles at the University of Alabama.

In 2012, he became the first Grenadian athlete to earn an Olympic medal in any sport.

He bested silver medalist Luguelin Santos from the Dominican Republic to win gold in the 200 meters at the 2012 Summer Olympics.

Kirani James Is A Member Of