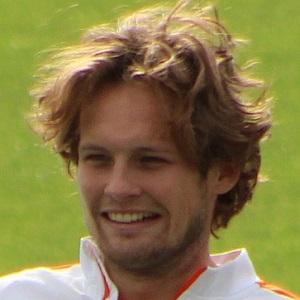 Defender and midfielder who debuted professionally for Ajax in 2008 and became a member of the Netherlands national team in 2013.

He entered his first World Cup competition with the Dutch national team in 2014.

His father Danny Blind played defense for Ajax as well. He began dating Candy-Rae Fleur in 2016; the couple wed on June 15, 2019. Their son Lowen Dace was born later that year, and they welcomed a daughter in February 2021.

He and Ron Vlaar became teammates on the Netherlands national team.

Daley Blind Is A Member Of