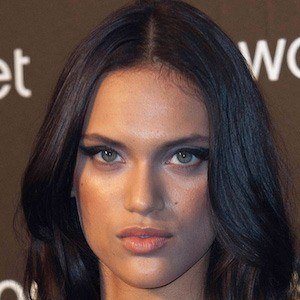 Represented by Next Models worldwide and Traffic Models, among several other international agencies, she has collaborated with top brands such as Chanel, Adidas and Polo Ralph Lauren.

In 2011, she was featured in a fall/winter advertising campaign for Custo Barcelona.

She has been seen on the covers of Glamour Spain, S Moda for El Pais and Tush.

Her hometown is Santander, Spain, and she was born in San Sebastian.

She and Ines Sastre are both well known Spanish models.