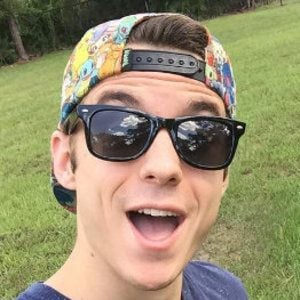 American YouTuber who has gained fans through his Pokémon-themed channel, TheSupremeRk9s. Thus far, his channel has accumulated over 190,000 subscribers.

He graduated from New Smyrna Beach High School in Florida. He later attended Dayton State College and the University of Central Florida.

His 2016 video "10 Shiny Pokemon You'll Never Catch!" went viral, earning more than one and a half million views. He can solve a Rubik's cube in under 40 seconds.

He has a twin brother named Dillon and sisters named Dana and Raquel. He dated YouTuber Newtiteuf AKA Julien Dachaud in 2017 until 2018.

He collaborated with fellow Pokétuber CandyEvie on the video "10 WORST Shiny Pokémon of Kanto."

Dallas MacDermant Is A Member Of