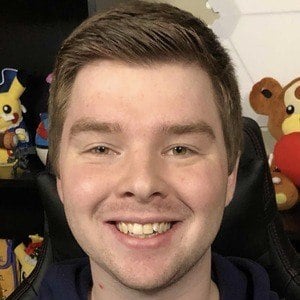 Famous as the founder and creator behind the PokeMEN7 YouTube channel. He has gained massive popularity there for his gaming playthroughs, streaming highlights, and montages for the Pokemon gaming franchise with his own commentary.

He first started uploading Pokemon videos in 2010 on a now deleted channel called Pok3M3N. He would begin his PokeMEN7 YouTube channel in November 2015.

He has garnered more than 70,000 subscribers to his YouTube channel. He has also run his own PokeMEN7 Twitch channel.

His first name is John. He has a sister named Ashley who was featured in his viral video "Real or Fake Pokemon Challenge With My Sister!" He grew up in Holden, Massachusetts.

He and NumbNexus are both famous for their Pokemon gaming vlogs.

PokeMEN7 Is A Member Of