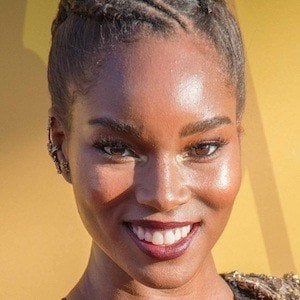 American-born fashion model most known for her work with the Sports Illustrated Swimsuit Issues.

Before modeling, she studied dance at the acclaimed Fiorello H. LaGuardia High School of Music & Art and Performing Arts, which the film FAME was based on.

She once hosted a special presentation entitled Prince! Behind The Symbol: Music Special for The Africa Channel.

She was raised in Brooklyn, New York.

She had a cameo appearance in the 2011 film Limitless, which starred Bradley Cooper.

Damaris Lewis Is A Member Of