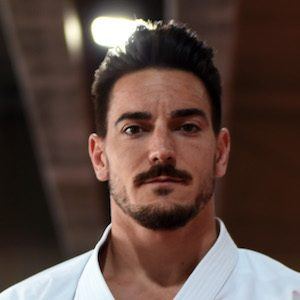 Karate athlete who became widely respected as one of the world's best, being crowned the WKF Karate 1 Premier League champion in back-to-back years in 2015 and 2016. The feat landed him atop the World Karate Federation's world rankings.

He got his start training at the famous El Club Goju Ryu de Torremolinos. He moved with his family to Southern Spain as a child.

He received the prestigious National Sport Award from the Spanish Association of Sports Press.

He and Cynthia Rothrock are both World Karate Champions.

Damian Quintero Is A Member Of