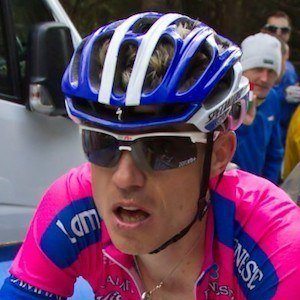 Professional road racing cyclist who is recognized for having won the 2004 Giro d'Italia and the 2008 Amstel Gold Race. He raced for the UCI Pro Continental team Nippo-Vini Fantini.

He began cycling as a teenager and had a successful cross-country running career.

He competed against Fränk Schleck in the 2008 Amstel Gold Race.

Damiano Cunego Is A Member Of