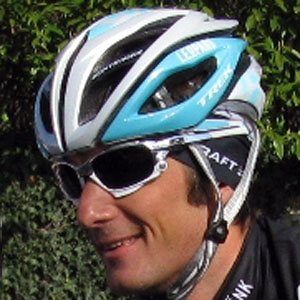 Luxembourgish cyclist who won the 2010 Tour de France. He began competing for Trek Factory Racing in 2014 after spending the first portion of his career with Leopard Trek and Team CSC.

He rode for the Luxembourg military sports program.

In January 2013 he was handed a ban of one year by the Luxembourg Anti-Doping Agency.

He and Lance Armstrong are both former Tour de France winners who got caught in doping scandals.

Frank Schleck Is A Member Of