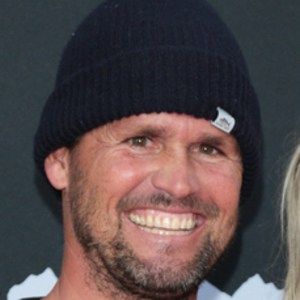 Professional surfer known for his 19.9 out of 20 score at the 2004 Quicksilver Pro, a score only bested by the legendary Kelly Slater, who scored a 20 the next year. He's competed as a member of the Surfrider Pro Team.

He started competing in the Association of Surf Professionals in 2000 and was named rookie of the year that season.

He's a part of the Christian surfers movement and has more than 70,000 followers on Instagram.

He has a daughter named Savanna with his wife Charlotte. He has a twin brother named C.J. who is also a professional surfer.

Damien Hobgood Is A Member Of