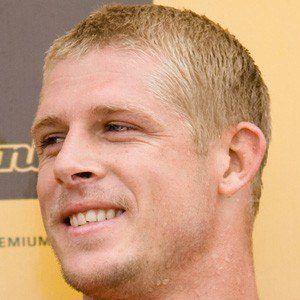 Australian surfer nicknamed "White Lightning" who won 2007, 2009 and 2013 ASP World Tour Championships. In 2017 he was appointed an Officer of the Order of Australia for distinguished service to surfing as a professional competitor.

He learned to surf from the age of three at Brown Bay near Mount Gambier,

He was named Australian Male Surfer of the Year for the sixth time in 2011. He survived a shark attack during the J-Bay Open finals in Jeffreys Bay.

He was married to model Karissa Dalton from 2009-2016. He has four siblings, Peter, Sean, Edward and Rachel.

From 2005 to 2011, he and Kelly Slater combined to win every single ASP World Tour Championship.

Mick Fanning Is A Member Of