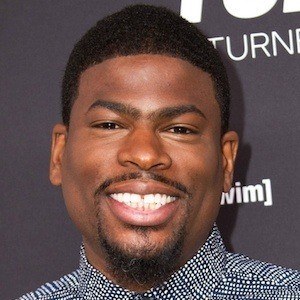 Comedian known for his stand up and film and television appearance on shows like Big Morning Buzz Live with Nick Lachey and MTV2's Not Exactly News. He has also been featured on the MTV spin off of Girl Code called Guy Code.

He began his comedy career as a class clown before and during college at his alma mater Clark Altanta University.

He played the Taxi Driver in The Amazing Spider-Man opposite Rhys Ifans.

He hails from Brooklyn, New York.

He starred as anchor while web video star Julia Kelly starred as a correspondent in Not Exactly News.

Damien Lemon Is A Member Of