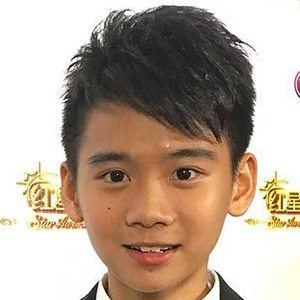 Award-winning burgeoning actor who made a splash for his memorable, if short, performance in the Chinese period drama series The Journey: Tumultuous Times.

Skilled in the martial art Wushu, he first began his career as a representative for Singapore at the 2012 World Junior Wushu Championships.

In 2014, he appeared in the commercial "Lost and Found - Family" for Resort World Sentosa.

He appeared alongside The Journey: Tumultuous Times star Carrie Wong during his three episode stint on the show.

Damien Teo Is A Member Of