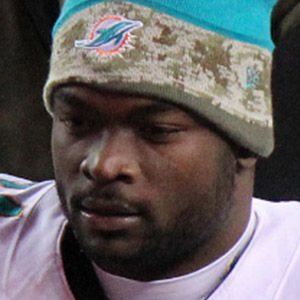 American football running back who signed with the Miami Dolphins as an undrafted free agent in 2014. He went on to become a member of the Kansas City Chiefs and helped them win Super Bowl LIV.

He rushed for 1,499 yards and scored 18 touchdowns during 2 seasons with the University of Oklahoma Sooners.

He married a woman named Lilly. They have a son named Damien and a daughter named Dillon.

He became teammates with quarterback Patrick Mahomes after joining the Chiefs.

Damien Williams Is A Member Of